Rock climbing in the big cave (‘Cova Gran’) of Santa Linya in Catalunya (Spain).
Here I first sent Ciudad de Dios (a route graded 9a or 9a/+).
Some days later, on December 10th, I climbed the route again. This time I didn’t stop at the belay, but continued into the second part of a route called La Novena Enmienda. That meant adding more than 20 meters to Ciudad de Dios and climbing all the way to the top of the cave. The total lenght of the route must be something like 50 meters.
By climbing this new combination, I have probably done the first ascent of it. The name of this link-up is now ‘Ciudad de Dios pa la Enmienda’.

I was grateful that I was still able to climb hard after a long and tiring season and with some circumstances that made climbing pretty uncomfortable: an aching elbow, some humid rock and frozen toes halfway up the route. 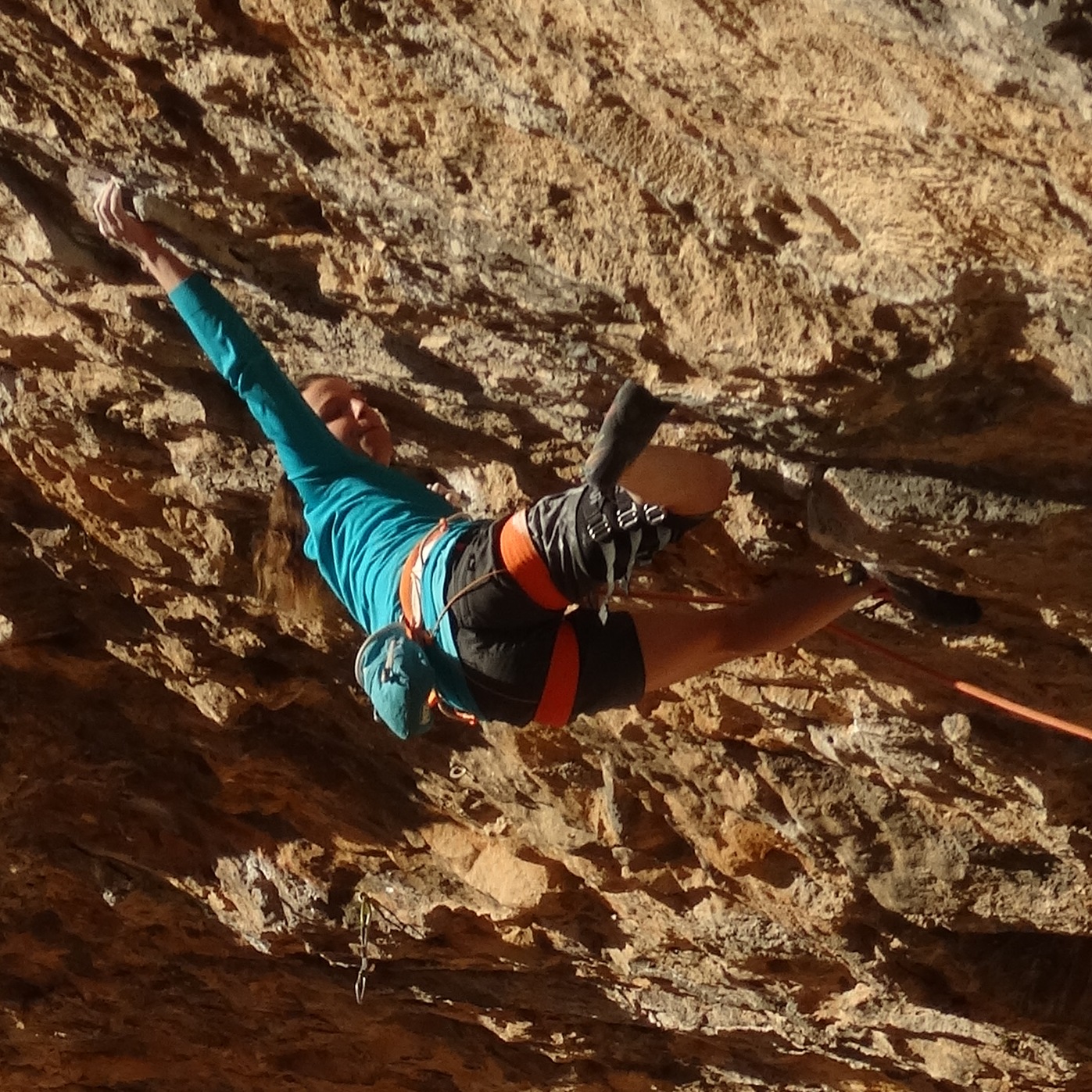 In Ciudad de Dios pa la Enmienda, the day before I sent it.
Photo by Jilske Hupkes

The grade?
Tough question.
The guidebook calls Ciudad de Dios a 9a/+. That would certainly make the extension I climbed a 9a+.
However, Edu Marin thinks Ciudad de Dios might have become 9a over the years due to new methods. And then the link-up would be a 9a/+.
So what should I say?
I think I know…
I’ll call it a 9a/++. ?

Ciudad de Dios pa la Enmienda is long, skin-friendly and the hardest move is situated right in the beginning.
After having climbed the short, but very intense and bouldery start (probably around 8c+), you get to a place where you can shake out. Then you continue into a crux of La Fabelita 8c: a traverse to the left, followed by another good rest. Some meters higher you find yourself doing the crux of La Fabela 8c+, again traversing leftwards, and a few tricky moves later, you’ve climbed Ciudad de Dios (a 9a or 9a/+, depending on who you ask).
Here, next to the chain of Ciudad de Dios, you can take a breath and chalk up. When you feel like you’re ready to continue, you climb a few meters straight up. At this point I had to put my feet on small, slopy footholds and stretch out to take a high undercling. And then I realized I couldn’t feel my toes anymore because of the cold! I couldn’t go back and didn’t want to fall, so I just pushed on my feet, even though they felt like ice cubes. It worked. Phew!

And then starts the long traverse to the right: the last part of La Novena Enmienda. This second half of the route contains several little cruxes with moves that are far and risky for people my size. I had already noticed that the rock was a little humid, but at a certain moment, right before I had to commit to a far move, I could feel the moisture inside an undercling. “Go on, there’s no way back”, I told myself and… I made it. Move after move, I had to keep being precise and recover as much as I could.

At the very end of the route, right before the chain, I had to put all my wait on a slippery, shiny foothold to make a high kneedrop. “Stay on, don’t slip off…” My foot stayed on: another ‘phew’!

And then it was time to clip the chain. 🙂

An interview with me by Pol Ortiz on Wogü.es (in Spanish).