The story behind my name

In the eighties my parents traveled around the world for many years seeking adventure and hoping to find the meaning of life. When they finally settled down in Belgium in 1989 they longed to have children but it didn’t work out. In 1995 my mom left for Indonesia to work in a home for handicapped children for 6 months while my father planned to join her 4 months later. One day, while at Bible study with some Indonesian women, they asked the usual question: punya anak? That means: do you have children? My mom, still hoping to be pregnant one day, answered always to that question: belum punya anak (I don’t have children yet). As she explained that medically speaking she couldn’t have children, the women decided to pray for her. One of them said: God told me that you will be pregnant when you leave Indonesia.

Some months later, on the plane to Singapore, my parents wondered if what that woman had said would come true. A few days later in Vietnam my mother’s stomach started to be upset and …. guess what, I was on my way!!! A miracle had happened.

Because so many people in Indonesia had asked: punya anak? My parents called me Anak. It means ‘child’ in Indonesian. But anak means more than just child. It is a smaller part of something bigger and the small part makes the big part complete.

In Indonesia they call a lock ‘kuchi’

and a key is called ‘anak kuchi’ (the child of the lock).

What’s a lock without a key?

What’s a key without a lock?

I also know that I’m a child of God because Jesus said: if you welcome Me and believe in my Name, I give you the right to become a child of God (John 1:12). 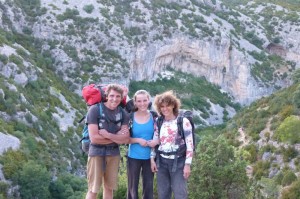