After the worldcup in Imst I was looking forward to a 2-week rock climbing holiday! Together with my parents I discovered Gorges du Loup, a beautiful place in the the south of France. The first days I was longing to climb, but I was still tired and even a bit ill. So after some more restdays I could finally begin!

The first route I did was Hot Chili X, a nice 8c, which I knew was possible for girls. I really wanted to try the 9a which Muriel had done, Punt X. With the help of the locals I tried working it out. The second time I tried it, I was able to do all the moves, exept one. I was surprised and happy that it went that well. But the next day I woke up with painful fingers which hurted when opening a quickdraw. I think the guilty hold was a 2 finger pocked named ‘la fourchette’ (French for ‘the fork’) by the locals which tells quite precisely how it feels. 😉 I decided not to try the 9a anymore, in order not to get injured, and I took another restday.

In the following days I was able to sent ‘Last Soul Sacrifice’, an 8c which begins with an 8b. In my first attempt I fell very high. I had past the hardest sections and I had been so close. That afternoon, after the sun had gone, I did another attempt. This time I felt so much worse than the first time, but I knew exactly what to do and I did not want to give up. It was so hot and I was thirsty while climbing, because the sun had been warming up the rock. I had to fight really hard, but then I finally reached the chain! 🙂

The locals supported me to try Ultimate Sacrifice as well. This one begins with a very short bouldery 8b and then joins the 8c. I worked it out a few times and then I did an attempt. I managed to climb the start and arrived already quite exhausted in the route I knew. But because of what I had experienced the day I had done the 8c, I knew that even when I was tired I was able to do the moves. This helped me a lot and gave me the confidence to keep on going. It was the same kind of fight, but I knew I could make it and I did! My first 8c+, so great!

For me this is a very special name. It reminds me of the one who gave Himself as the Ultimate Sacrifice for me: Jesus.

A holiday is always too short and I really began loving the place, but we had to return home.
On the last morning and in the very last hours I climbed an 8c named ‘Qoussai, les Maux de la Fin’. I had worked it out a few times before and I wanted to give everything, because I knew that it was possible. I almost felt like a competition! I was so happy and relieved that it worked out well. 🙂

Thanks to my parents for the hours of patiently belaying and to the other climbers who gave me such useful beta! 🙂 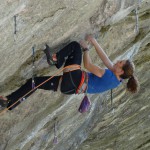 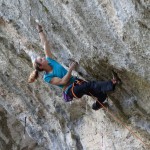 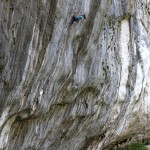 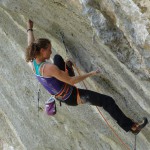 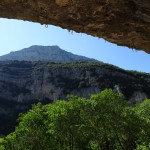 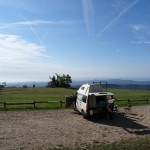 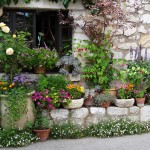 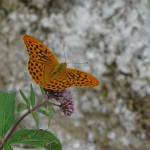 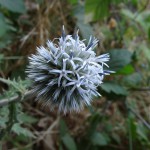 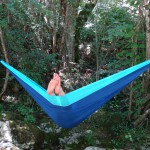