A heavy start, a battle in between, but good in the end

A warming up like I have probably never experienced before. Once I started climbing I felt so dizzy and weak as if my body just protested with every effort I tried to make. But in the middle of a competition there is no way back. So I tried to keep on warming up and keep focusing on the first route. I had to stop watching the screen of the video demonstration because somehow it made me sick.
I was not warmed up as usual, but I felt quite calm, because all I could do was my best. I was trembling a bit while climbing, but it made me happy that I was able to move upwards. I finally fell doing the last move! 🙂

I think this bad physical feeling made me able to let go of my stress and the desire to have everything under control.  It was at the same time an obstacle and a help.

After the qualifications I longed for a rest, as the semi-finals were already the same evening! Back in isolation I was getting more and more nervous as  time passed by. Something I find really hard is sitting in the call-zone, waiting for your turn to climb, and then come out and stand before a whole new route. Everyone knows how far you have to climb to reach the finals … exept you. 😉 But it is not impossible and as you start climbing, fear is pushed away and you have to be confident.

The first vertical part of the wall was not too hard or risky. In the overhang it became harder and less logical. I was glad when I reached the last part of the wall, but there I decided to do it differently as I had read it, which was not good and I fell.  I was not totally happy, because I knew I could have done more, but I was relieved that it was enough to be in the finals.

The finals would be the next evening, so there was some time to relax. Well… it is hard to relax when your head tries to be alert and focused on what is still to come. 😉 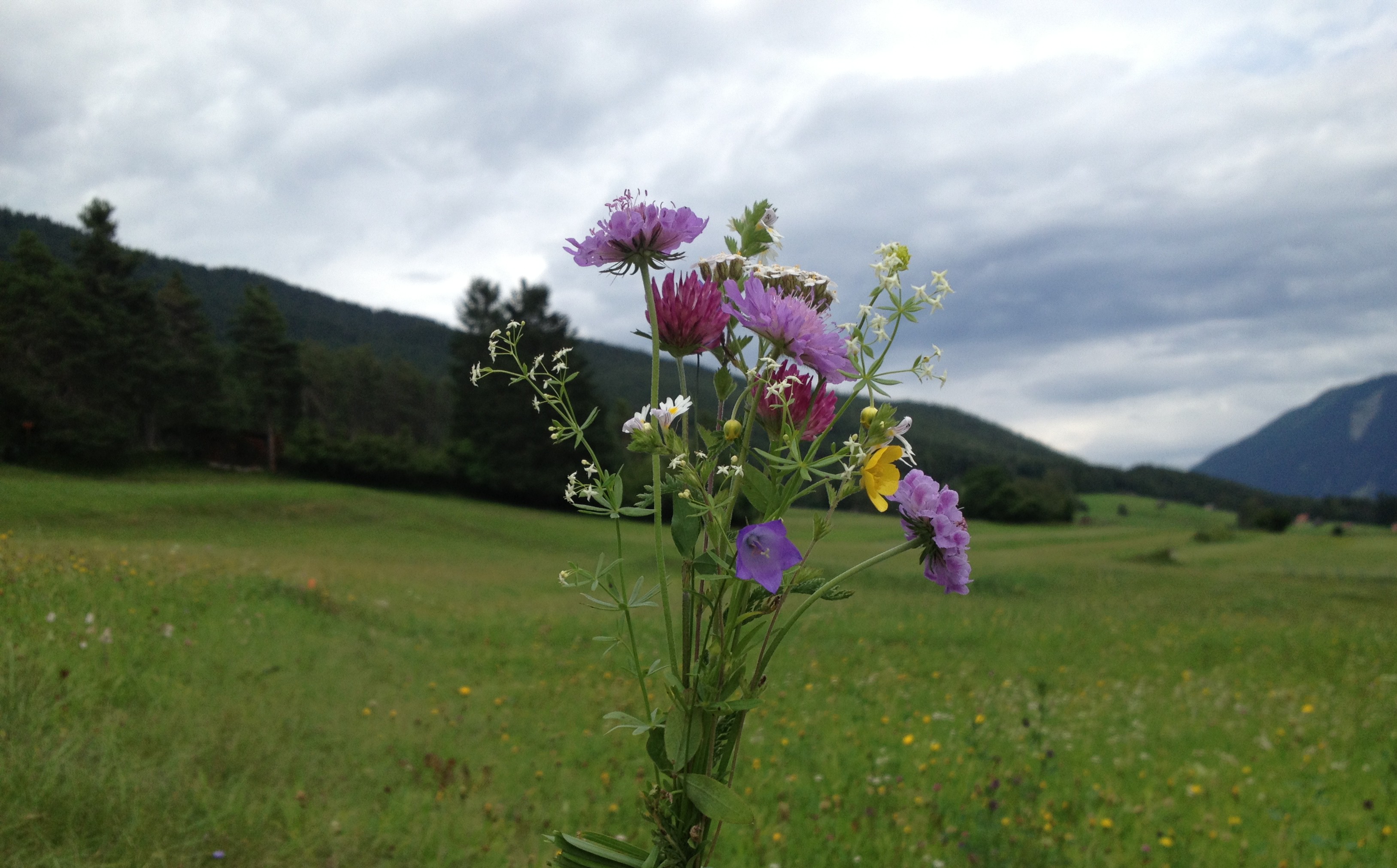 As we read the final route it looked a bit confusing. No one was really sure about how the route was meant to be climbed. The first straight part was less hard than expected, but the roof was indeed confusing. I had no idea how to climb it. Suddenly I saw a little arrow on a volume. Turning? I was so relieved when I found a method and passed this point. Then I decided to clip a quickdraw, although the rope was behind my legs. While doing that I realised that I was loosing all my strength. Then I put the rope right again by moving my legs. I knew it had been the wrong decision. I couldn’t move anymore and I fell making a plus to the next hold.

It was a double feeling. I was happy about the first part, but I knew that I had made the wrong decision by clipping the quickdraw.

It had been a hard competition that felt like a real struggle, but I think that I have learned a lot in those days. In the days that followed I saw myself making that move over and over again. But I know nothing in my life happens accidentally and in the end I was happy with my 4th place. 🙂

Congrats to Maggi, who won her first worldcup! And to my age group-friend Jessi who became 3rd! 🙂 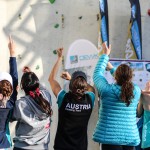 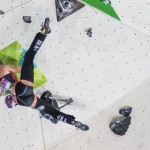 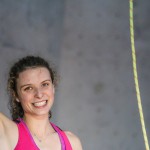 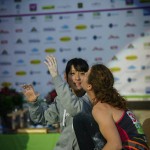 With Risa Ota (the Circuit) 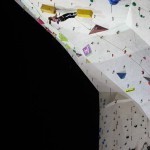